The latest film by Álex de la Iglesia brings his trademark humour, chaos and furious style
to an ordinary bar.

It’s mid-morning in downtown Madrid, inside a crowded bar, when the action kicks off after someone walks onto the crowded street outside and is killed by a mysterious bullet. When quickly another bystander is killed the violent mayhem starts rolling. What follows is a claustrophobic Spanish thriller about a group of people trapped inside a bar and its basement trying to survive a vicious attack which will determine the course of the subsequent hours.

Director Álex de la Iglesia, protégé of Pedro Almodóvar, specializes in dark comedies, and he makes every scene and every moment for maximum intensity. El Bar joins this list because of its fast and furious free fall. 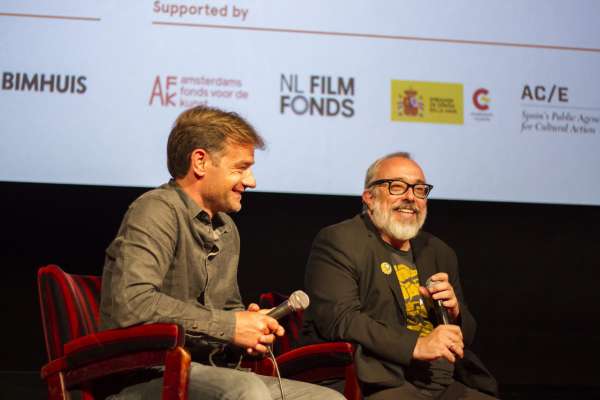