Due to the health crisis caused by COVID-19, we sadly have to announce that the ASFF 2020 Launch Event scheduled for April 15 is now CANCELLED. This was a tough decision, but we believe that it is the most responsible and sensible choice right now. We will take care of the refund for the tickets purchased.

The film ‘Fire Will Come‘ would festively kick off the countdown to the sixth edition of the Amsterdam Spanish Film Festival on 15th April at 19.15h at the iconic Eye Filmmuseum. The launch event would set the tone for the upcoming edition, and would also be the Amsterdam premiere of the film. Complimentary wine would be served afterwards and director Oliver Laxe would be attending at the premiere! A filmmaker that has just been named as one of the directors who will mark the next decade of cinema!

We are already working on new dates and as soon as the development of the Dutch and international situation will allow us to assess a real possibility, we will let you know! We also want to express our solidarity and send courage and strength in these difficult times. 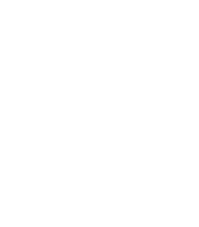